Raise a Glass to the True Brew Path

Looking for a fun day out? Grab some friends, nominate a designated driver, and hit the road for a day of touring and tasting at amazing craft breweries, cideries and wineries along the True Brew Path in the Hamilton Halton Brant.

The guide below will direct you to all of the tasty stops throughout our region.  If you’re short on time, consult the Ontario Greenbelt’s Brewery Discovery Routes which features a curated selection of ‘must-sees’ from our full list of recommended stops. Thrifty tasters will want to check out the Craft Beer Passport app to enjoy a $2 craft beer at selected stops.

To help you make your itinerary into an incredibly happy (and hoppy) day, don’t forget to ask the staff at any tasty stop for dining and shopping recommendations and be sure to put our local cideries and wineries on the agenda to round out your tasting trip.

If you’re looking for other tasty ways to spend a few days, you can dive deeper into details on our craft breweries, wineries and cideries. If it’s hipster hotspots, road trip-worthy restaurants and farm markets you’re looking for, there are plenty of other food and drink experiences to discover in Hamilton Halton Brant. 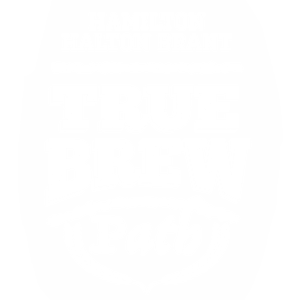 Along the True Brew Path

Pour A Perfect Pint This Winter

Sample the brewer’s craft at the source, with welcoming taprooms, retail outlets and tour-friendly facilities.

10 Reasons to Explore the Craft Breweries of Brant County

Head to Burlington, Oakville and Milton for your ‘beer-cation.’

If your favourite part of any holiday is the food, this itinerary is for you.

Two days to get away with the guys

Taste your way around Canada’s Brooklyn with this two day trip.

Spend a day tasting the flavours of Canada.

This website uses cookies to improve your experience while you navigate through the website. Out of these, the cookies that are categorized as necessary are stored on your browser as they are essential for the working of basic functionalities of the website. We also use third-party cookies that help us analyze and understand how you use this website. These cookies will be stored in your browser only with your consent. You also have the option to opt-out of these cookies. But opting out of some of these cookies may affect your browsing experience.
Necessary Always Enabled

Any cookies that may not be particularly necessary for the website to function and is used specifically to collect user personal data via analytics, ads, other embedded contents are termed as non-necessary cookies. It is mandatory to procure user consent prior to running these cookies on your website.