Take the A Train to Canada’s Brooklyn

There’s a rumour going around that Hamilton is to Toronto, what Brooklyn is to New York City. Some credit Toronto’s sky-high real estate prices with driving artists, musicians and chefs out of the city to set up shop in Hamilton. Others say the city of steel has always been cool, and is just finally getting the credit it deserves. Why don’t you be the judge? Just like Manhattanites can hop on public transit to get to Brooklyn, GO Transit makes it easy for Toronto residents to get to Hamilton to explore the much buzzed about scene for themselves. .

Wondering what sights should be on your must-see list once you get here? Well, that depends on your interests.

Art lovers should plan a stop at the Art Gallery of Hamilton. It’s Canada’s third-largest public art gallery and is home to over 9,500 works of art. Just down the street you’ll find the Art Gallery of Hamilton Design Annex. Time your visit with one of the hands-on classes offered here, shop for unique art pieces in the Art+Design store, and take in one of the gallery’s experimental exhibitions. A great way for out-of-towners to tour through some of the city’s independent art spaces, including galleries, shops and studios, is to attend the monthly James Street North Art Crawl. It’s held on the second Friday night of every month. Foodies will want to make some time to explore the Hamilton Farmer’s Market. It’s been providing the city with fresh food since 1837 and is a great starting point for getting a taste for the city’s signature flavours. If you’d prefer a guided tour for your taste buds, consider tagging along on Hamilton Food Tour’s James Street North Food Tour. The 3.5-hour walking tour is offered every third Saturday of the month and is a fun way to get to know the city’s restaurant scene. Hamilton’s independent restaurant scene is cooking, so the only problem you’ll have finding a great restaurant is narrowing down your options. The restaurant round-ups you’ll find from Tourism Hamilton, Elle Canada and Huffington Post will help you choose. Music lovers need to schedule their visit so they can take in some of the city’s amazing live local music scene. Popular music venues include This Ain’t Hollywood and The Casbah. If you’re only visiting during the day, get your music fix flipping through vinyl at the very cool Dr. Disc. Just like Brooklyn, Hamilton is a city of distinct neighbourhoods, so leave some time to do some exploring. Locke Street South is one of the city’s hottest commercial districts with great fashion and gift stores. Ottawa Street is known as the city’s design district, with great fabric shops and sources for scoring unique vintage finds.

Don’t keep your Hamilton discoveries to yourself. Share photos of your favourite finds on social media by tagging them with #HamiltonHaltonBrant. 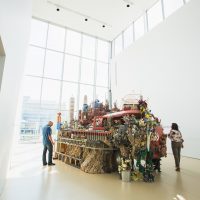 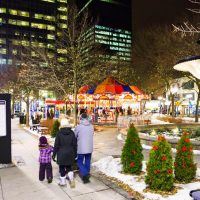 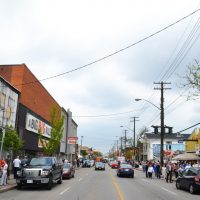 The Pearle Experience Package at the Pearle Hotel & Spa

The Pearle Experience Package at the Pearle Hotel & Spa

Joseph Brant Museum is open from 10:00am to 4:00pm, Tuesday-Saturday. The special exhibition is included...

Joseph Brant Museum is open from 10:00am to 4:00pm, Tuesday-Saturday. The special exhibition is included in the price of Museum admission.

The Like That, Try This Guide To Hamilton Halton Brant’s Beer, Wine and Spirits Scene

Stir Up Your Summer Drink Game