Summer is the perfect time to enjoy a rolling view of the shores of the Grand River, the waves of Lake Ontario or the wetlands of Cootes Paradise. In Hamilton Halton Brant, you’ll find a wide range of well-marked trails, paths, loops and routes along or near our shorelines, rivers and lakes. Read on for the definitive guide to waterfront cycling routes for all types of riders.

Pedal a portion of the Greenbelt Route, a 475 km signed road route that arcs above the Greater Toronto and Hamilton Area through protected land. The Escarpment Expedition portion boasts multiple water views. Riding through Ancaster and around Hamilton and Dundas, the route will take you down and up the Niagara Escarpment, along gorgeous winding roads, and right past the Christie Lake Conservation Area. Climb out of Dundas to the top of Sydenham Hill for a stunning view out over Cootes Paradise, the largest wetland at the western end of Lake Ontario, and Hamilton Harbour to the distant Niagara shoreline of Lake Ontario. Join the Chedoke Trail on a spectacular tour through lush woodlands, and past numerous waterfalls etched out of the impressive shale and sandstone layers right along the trail.

The HamBur Loop winds 50km through Hamilton and Burlington, offering recreational cyclists a great touring option for taking in some of the area’s most stunning waterfronts and scenic lookouts. Bicycle-friendly restaurants and hotels are conveniently located right on the route, making it easy for the not-so-serious cyclist to explore the area over a few days at a more leisurely pace.

You’ll cycle alongside the shores of the Grand River as part of a trip on the Hamilton to Brantford Rail Trail. One of Ontario’s best rail trail networks, the trail travels between Hamilton, Brantford, Cambridge and Port Dover. From Hamilton, pedal the trail through conservation and agricultural lands for 32km to Brantford. Continue to follow the trail and Grand River north 14km, connecting to Paris and on to Cambridge.

A scenic, paved off-road portion of the Waterfront Trail follows the shoreline between Burlington and Hamilton. With plenty of parking available at either end, this ride is easy to access and fun for all ages. Stop at sandy beaches and playgrounds along this 10-km stretch or watch the big boats glide under the lift bridge before getting the whole gang drenched at Wild Waterworks.

Hit Hamilton’s waterfront for some two-wheeled family fun. At Waterfront Wheels, you can rent two and four-seater surrey bikes or tandem bikes to explore the shore, stopping for ice cream or even a spin on the outdoor roller skating rink.

If improving time and speed are your cycling goals, then put the Lakeshore Fondo on your ride agenda. A classic Halton “big ride,” the Lakeshore Fondo is an exploration of both city and country. The 70-km route takes you across the shore of Lake Ontario westbound from enchanting Oakville through the beautiful, lakeside city of Burlington. Enjoy the climb up the Escarpment into the beautiful Victorian Village of Waterdown. Head back to Oakville through the rolling rural country roads of First Line and Lower Baseline, two top favourites of cyclists in the area.

Grab a bike to explore Hamilton, a city with a burgeoning culinary, music and arts scene. With a growing network of dedicated bike lanes, signed bike routes and off-road multi-use paths, cyclists of all ages can safely enjoy urban riding in ‘The Hammer.’ A number of the city’s trails allow you to take in the views and attractions of one of North America’s most noteworthy harbours. The 16-km Harbour and Lakeshore Route takes you past Burlington waterfront shops; the lift bridge, canal and lighthouse; Lake Ontario beaches and restaurants; and Confederation Park. The 14-km Ferguson and West Harbour Route incorporates the Waterfront Trail and passes Bayfront Park, the HMCS Haida warship and Cootes Paradise.

The Burlington Waterfront Trail takes in eight waterfront parks, a beautiful beach, a vibrant downtown waterfront, and the pier and promenade. This trail splits into two sections at Maple Avenue and Lakeshore Road; one travels along the Beachway over the lift bridge, and the second follows the pretty residential North Shore Boulevard or Lakeshore Road. Park at Paletta Lakefront Park to start your ride.

Take a break from the bike and add a canoe or kayak experience to your day. Paris is the perfect place to go from mellow trail riding to a Grand River rafting or paddling experience with Grand Experiences. After outfitting you with bike and paddling gear, your experienced guide leads you up the trail from Paris to the village of Glen Morris. You’ll cycle along the riverside trail under a canopy of trees from the rare Carolinian Forest, then take your choice of canoe or kayak for a serene paddle down the Grand River back to Paris.

Not just a buzzword, combining cycling with different modes of travel can be both convenient and add to your next bike adventure. GO Trains operate in and around the greater Toronto area, and you can take your bike on any train outside of rush hour on weekdays.

Take your bike on the GO and cruise the Great Lakes Waterfront Trail starting in Burlington. Using Trail to GO signage, you can set off from the Burlington GO stations and ride south through downtown Burlington, towards Spencer Smith Park and the Great Lakes Waterfront Trail. Enjoy off-road paved riding out of Burlington for nearly 12 km before arriving in the village of Bronte. Stop for refreshments and continue riding east on a mix of road riding and off-road paths through residential areas and parks. You’ll arrive in the historic town of Oakville at approximately the 25 km mark, where you can cruise the downtown and visit boutique shops or grab lunch or a snack before setting off again. Take advantage of GO Transit Weekend Passes to enjoy a day’s worth of train and bus rides for just $10!

Whether it’s a lunch break or after the day is done, sitting on a patio listening to the lapping waves and sharing highlights of the day’s waterfront ride is a perfect way to unwind after any distance. Rooftop patios hanging over the Grand River make for an incredibly scenic stop when riding the rail trail between Cambridge and Paris. Don’t miss Spencer’s at the Waterfront after a ride on Burlington’s shore.

Are you looking for even more summer cycling suggestions? Visit our Pick Pack Go page to build a two-wheeled touring adventure.

Know Before You Go

We’re thrilled that Ontario is reopening and can’t wait to welcome you to Hamilton Halton Brant. As a few of our region’s tourism partners may take some additional time to return to their pre-pandemic operating capacities and protocols, feel free to reach out to the places you plan on visiting in advance to confirm that they’re ready to serve you in the way you’re expecting. 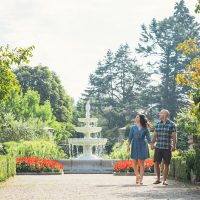 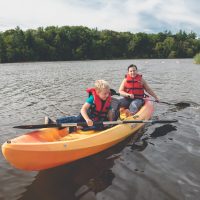 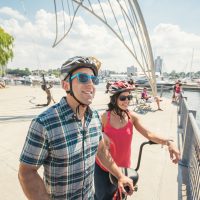 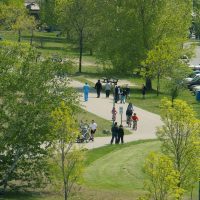 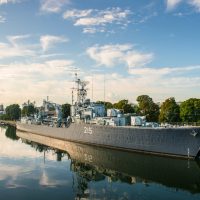 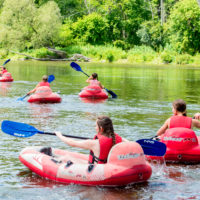 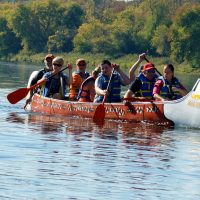 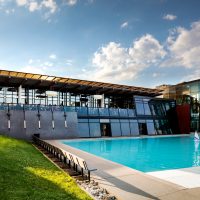 Spencer’s at the Waterfront

Become a Member at the Brant Historical Society

Become a Member at the Brant Historical Society

Get Offer
Art Gallery of Burlington

Valid From: Now thru May 1

Valid From: Now thru December 1

Valid From: Now thru December 1

Valid From: Now thru March 4

Make What You Want Workshops

Make What You Want Workshops

Cabins are also available for rent for those interested.

Cost: Free & lunch will be provided

What Colour is the Shadow? A Full-Day Online Workshop with Jeanette Obbink

What Colour is the Shadow? A Full-Day Online Workshop with Jeanette Obbink

No need to pre-register, we ask you to sign in when you arrive.